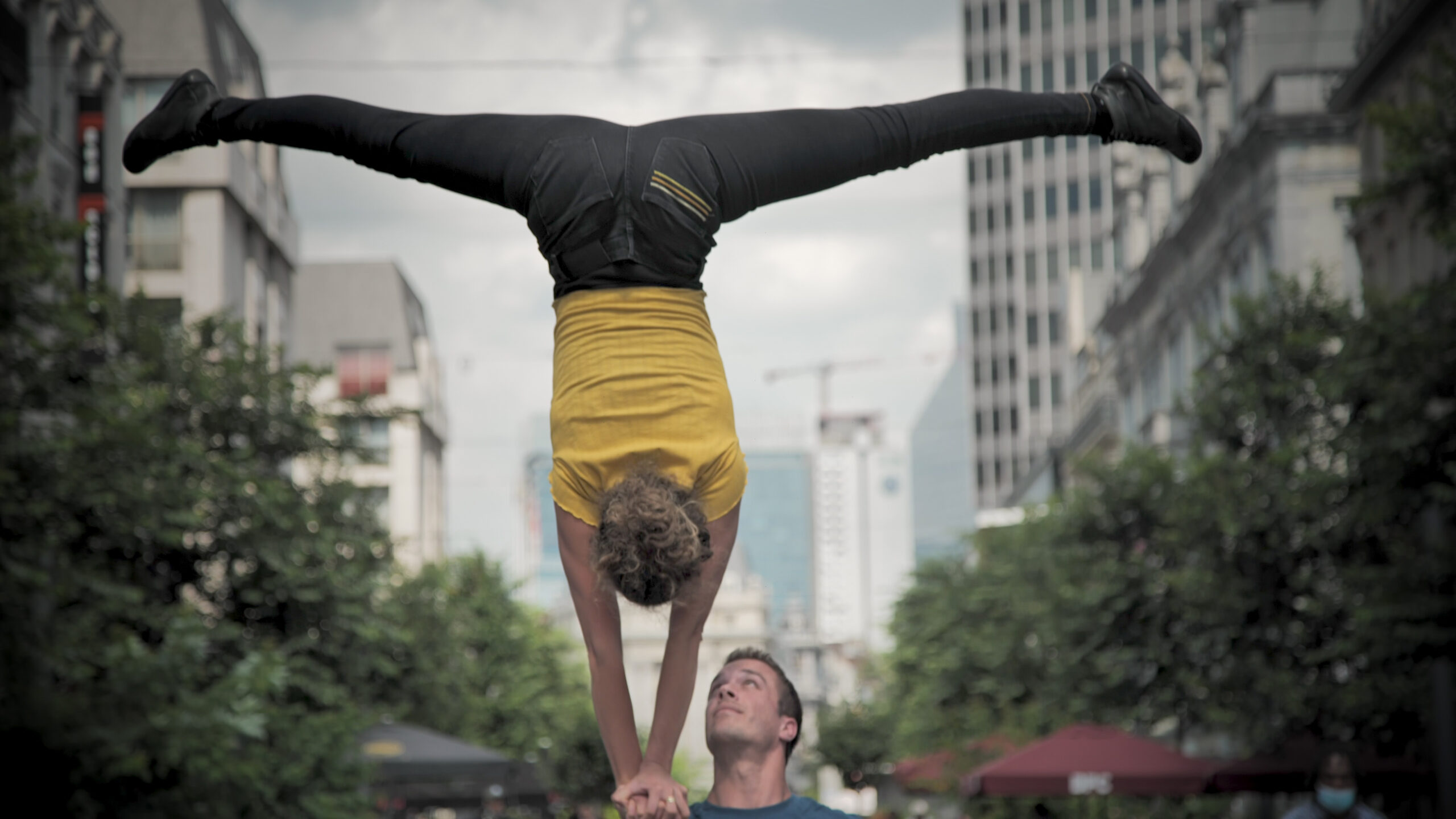 Ceci n’est pas un spectacle is an ode to involvement and softness in human contact. An encounter that is expressed when hands touch and that results in dance and acrobatics.

The idea for Ceci n'est pas un spectacle was born during the first lockdown, when sanitary measures forbade the public to come to the show.

The health crisis has forced us to rethink the way we live in society. During this crisis, we were encouraged to physically distance ourselves from each other, we were told not to go out of our homes, and weren't even allowed to sit on a bench in the park. Today, we are still at a stage where shaking hands and kissing are no longer nothing trivial anymore. In this context, Ceci n’est pas un spectacle questions this new relationship to human contact. She stages the (re)discoveries of two people who meet, come closer to each other and rediscover the place that surrounds them.